What To Know Before You Go To Japan 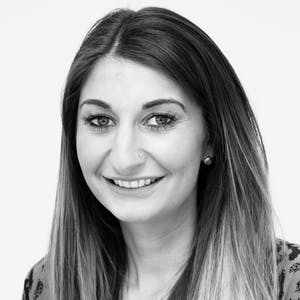 We’ve put together a few of our top tips on the best places to go, things to do, and everything that you need to know when planning your trip to the Rugby World Cup 2019™, Japan.

A celebratory parade to commemorate the new Emperor of Japan’s coronation is scheduled to take place on October 22nd. As the Semi-Final of the tournament takes place on the same date, this is the perfect time to be in Japan. But be warned, Tokyo will become incredibly busy before, during, and after the parade, so leave yourself plenty of time when travelling through the celebration.

For a tech-savvy country the Wifi infrastructure in Japan can be lacking, and even in the top hotels you might struggle for decent Wifi coverage – the easy solution to this is to prepare ahead and book a pocket Wifi device online before you travel. A full charge should last a whole day and you can even collect it from the airport, use it for the duration of your stay and return it at the end of your visit.

With Google Maps in your pocket you should find travelling around the major cities a breeze. English is widely spoken in the top hotels and metro stations and most major tourist attractions are signposted bilingually, with English usually being featured, so walking or using the metro is easy.

Situated incredibly close to Tokyo Stadium, which will be hosting games right up until the final weekend, Keio Plaza Hotel is sure to be a hub for Rugby World Cup excitement that will attract innumerable fans. And, with so many famous faces staying within the area, even if you aren’t staying there yourself popping into the hotel bar might give you the chance to see one or two people you recognise.

Talk about a hidden gem. Most people aren’t aware, but this stunning hotel and resort has already played a part in creating Rugby World Cup history. Keihan Hotel & Resort is the very place where Eddie Jones, England’s current head coach, plotted South Africa’s downfall at the hands of his Japan side at the 2015 tournament. This has since gone down in history as one of the greatest upsets in the history of the sport, so don’t be surprised to find more rugby history being plotted within these walls – you may even see some influential rugby figures in and around the hotel itself.

Hilton Tokyo is pulling out all of the stops for sports fans during the Rugby World Cup. You will be able to soak up the buzzing atmosphere in a Heineken beer garden that is open for the duration of the tournament, and there will also be a pop-up Japanese gin bar to indulge in. The first of many sporting endeavours, Hilton Tokyo is working with Team GB to host Olympics 2020 events and expects to be busy when the PGA Golf Tour arrives in Japan, with Tiger Woods incredibly popular in the country.

This is a hotel that is sure to be a popular spot for English and Welsh rugby fans to top up on Heineken before, during, and after the games. This is not only down to Park Hyatt Tokyo’s proximity to the action, but also for its ability to drop you into one of the most famous bars in cinema history. The Film ‘Lost in translation’ was shot here, so you will be able to order a ‘Suntori Time’ whiskey from The New York Bar just like Bill Murray does in the movie.