There's nothing quite like a day at the races – and it doesn't come much grander than Royal Ascot, the jewel in the crown of the British social season. This summer, the longest running drama returns with five days of time-honoured tradition and unparalleled racing, with highlights including the Diamond Jubilee Stakes, the Queen Anne Stakes and the Gold Cup.

The event is also revered for its exquisite fashion, magnificent millinery creations and the finest hospitality. With a host of sublime dining options ranging from à la carte menus by Michelin-starred chefs, to gourmet picnics, Champagne afternoon teas and fine dining in one of the many restaurants, Royal Ascot presents a spellbinding explosion of the senses.

This year, it’s set to be even more spectacular as Ascot Racecourse celebrates Her Majesty Queen Elizabeth II’s Platinum Jubilee.

Start the opening day of the first meeting with a drinks reception at the Ascot Pavilion which overlooks the Plaza Lawns. Today you'll enjoy a three-course luncheon, complimentary bar, and a Royal Ascot afternoon tea, all while enjoying excellent racing at the iconic Royal Ascot.
View More

For an enhanced experience, Ascot Racecourse's Furlong Club hospitality option gives superb views overlooking the course, around the 2-furlong marker. You'll enjoy views from a private decked area and sip on Bollinger Champagne on arrival, served with gourmet canapes. The four-course luncheon, along with a day-long complimentary bar serving Champagne and cocktails will keep you satisfied until the Rose Champagne Afternoon Tea is served. Queen Anne Enclosure badges and parking are included with this package. Upgrade prices from £455 per person. Other upgrade options are available, please enquire with your Sales Consultant.

Anticipation is high as the Royal Procession arrives at precisely 2pm, ahead of an afternoon of world-class racing. The day is spearheaded by the Group 1 Queen Anne Stakes, followed by one of the top sprint races in the world, King’s Stand Stakes, and St James’s Palace Stakes. As Tuesday is a popular race day, it’s the perfect time to socialise with fellow guests in the epicentre of the action.

Day two gets underway at a more relaxed pace. The racing highlight is the Group 1 Prince of Wales’s Stakes and three Group 2 races – The Queen Mary Stakes, The Queen’s Vase and The Duke of Cambridge Stakes. There’s plenty of time for leisurely afternoon teas, strolls around the immaculate lawns and watching racegoers pass by in their finery.

Millinery masterpieces and designer attire can only mean one thing: Ladies Day. Today features the historic Gold Cup, Ascot’s oldest surviving race which has produced some of the event’s most memorable moments. In between fashion flaunting and champagne afternoon teas, there’s two Group 2 and a Group 3 race, as well as the Britannia Stakes and the King George V Stakes.

Two Group 1 races headline the penultimate day of Royal Ascot, as three-year-old fillies compete in the Coronation Stakes and a field of young sprinters contest the Commonwealth Cup. With a total of six sprints today, there’s plenty of excitement for racing enthusiasts and it’s a wonderfully sociable occasion for all.

There’s plenty to enthral racegoers as the famed Royal Ascot comes to a glorious close. Amidst the whirlwind of excitement, three Group races take place including the Group 1 Platinum Jubilee Stakes worth £1 million. Run over six furlongs and attracting some of the world’s finest sprinters, it’s a fitting finale to an unforgettable week.

Customise your experience to create something truly memorable

For 30 years, we have crafted and delivered the highest quality, unforgettable experiences

For the latest travel advice from the Foreign and Commonwealth Office check www.gov.uk/travelaware 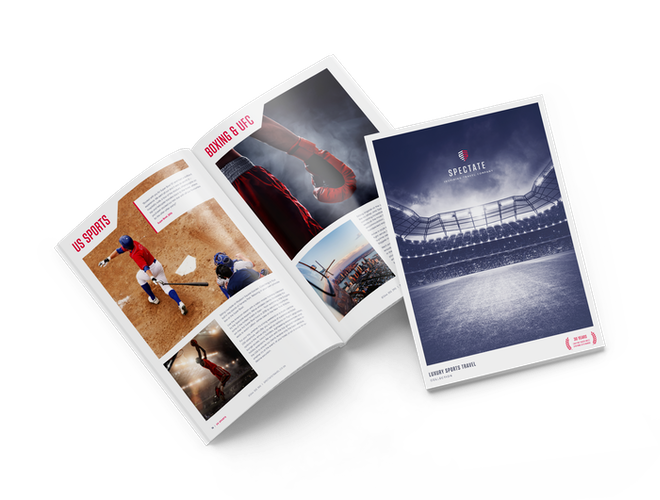 Get Your Spectate Brochure

For more expert tips, holiday ideas and travel inspiration, download or order your free copy of our latest brochure.

Get Your Spectate Brochure

Your bookings are protected by our travel guarantee Read More